Markey, now well established as one of Ireland’s leading names in art, had brushes with careers of all kinds, but it was to art that Markey dedicated nearly all of his life. He ultimately has become one of the most recognisable and consistently saleable painters in Ireland.

Although he originally lived and worked in Belfast, Markey frequently travelled the world in search of the images that would become iconic in his paintings. His trips to Spain and Africa provided stunning, simplistic images of buildings and life from around the world, but it was Ireland that captured Markey’s imagination most of all. His paintings depict the countryside with flat, muted colour and in his almost abstract, almost geometrical compositions, he seems to capture the easy relationship between beauty and sadness. 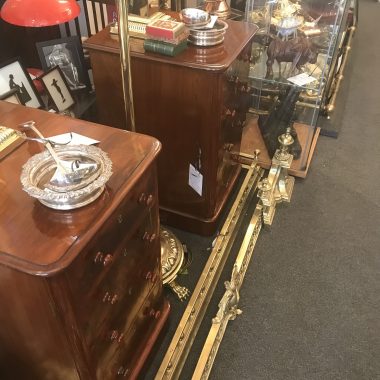 Both cabinets have a wonderful grain and good colour and have fully restored to a high standard in our workshop to retain their wonderful antique patina , If you see something you like on our website and would like more information, then please feel free to contact us. 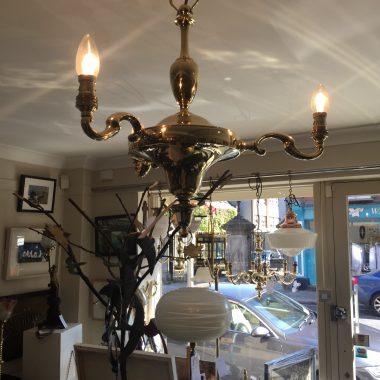