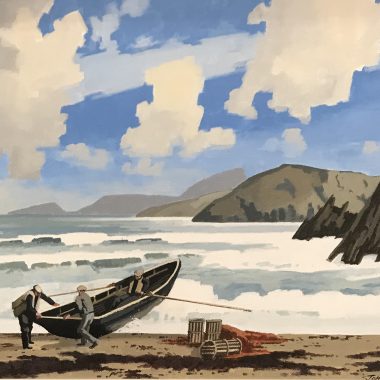 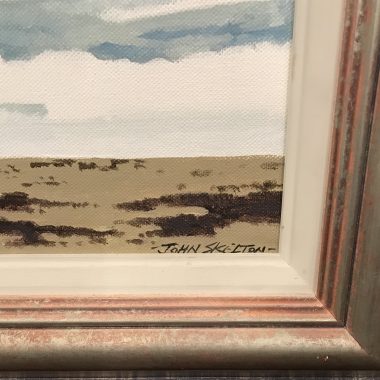 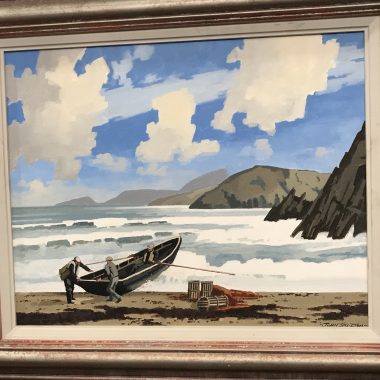 John F Skelton was influenced at an early age by his father the renowned Irish artist, John Skelton. He started painting at the age of eight and upon leaving school, studied at the National College of Art and Design, graduating with an honours Diploma in Fine Arts in 1976. He then traveled to Europe and Africa studying both their painting and culture, thus broadening his knowledge of art.
Upon returning to Ireland, John Francis Skelton took a teaching position at the People’s College, Dun Laoghaire. He has also worked as a book illustrator and in his spare time became the Leinster Fencing Champion. His paintings have been accepted by the Hibernian Academy and are in many private collections around the world.

The Son of “JOHN SKELTON” (1925 Armagh- 2009 Dublin) started his professional career in London, where he came under influence of Euston Road School in the late 1940s.

In 1946 he married Caroline, settling four years later in Dublin. He worked initially in advertising as Art Director and illustrator of books, most of them educational. After 1975 he worked full-time as a painter. He had numerous one man shows in Dublin; two in Belfast, one in Los Angeles and one in the Mystic Seaport Museum in Connecticut.

Up to the late 1980s, John was frequent exhibitor in group shows, particularly the annual Royal Hibernian Academy and the Watercolour Society shows in Dublin. In recent years, however, his work was in such demand that he contributed to these less often. During the 1970s and earlier 1980s he earned a reputation as a gifted teacher and lecturer in the National College of Art and Design in Dublin. 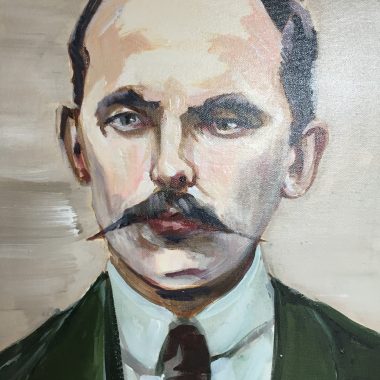 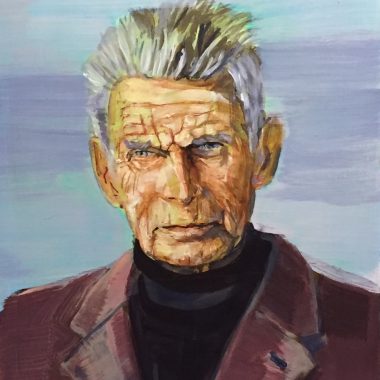